November 2016 - Christmas donation to "Rainbows - for children in stormy times" 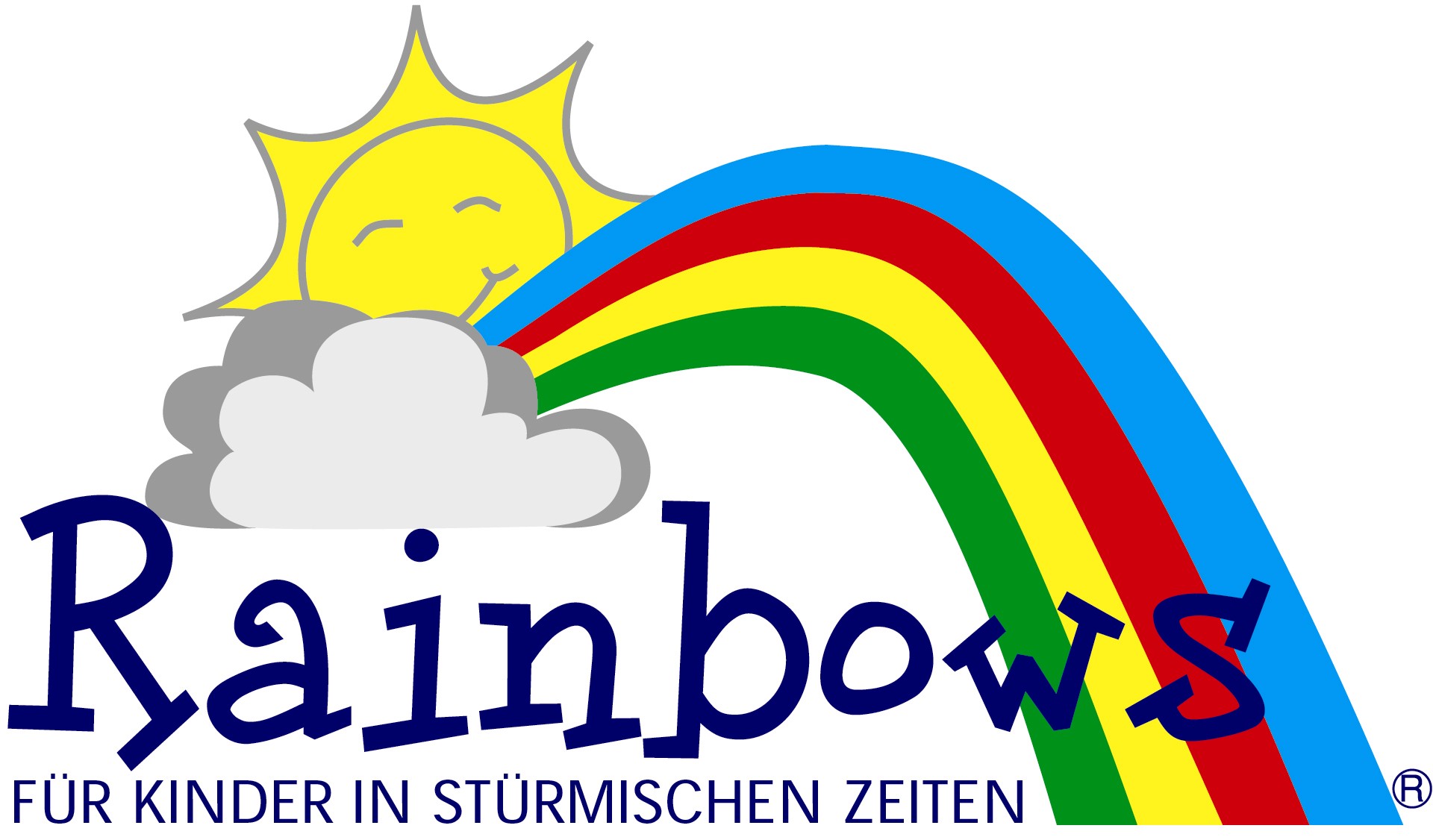 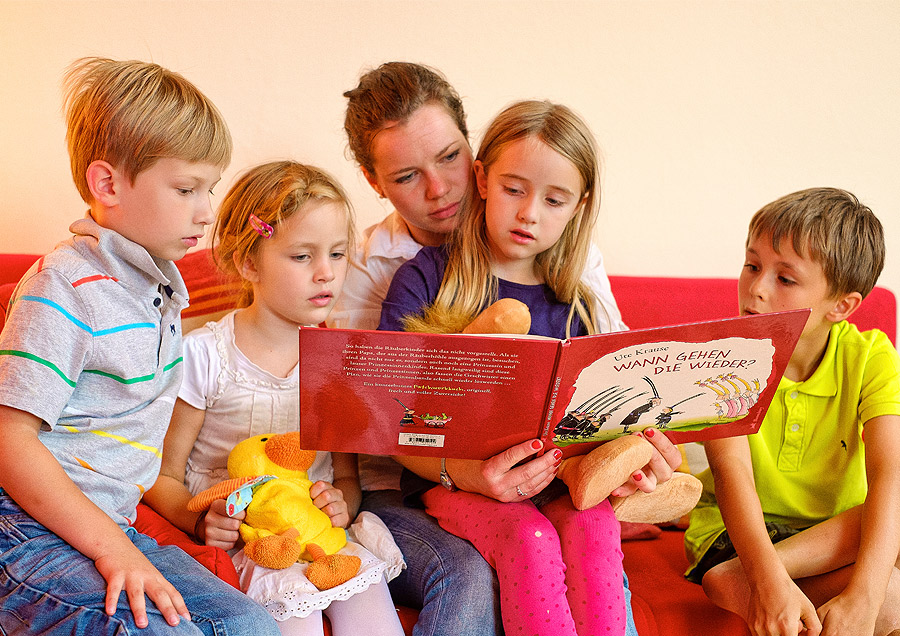 This year's Christmas donation goes to the „Rainbows“ association. This association operates almost all over Ausria and helps children and young people in stormy times - through separation, divorce or the death of close caregivers. The children learn to communicate and process grief due to separation and loss experiences, so that life in the changed family situation can be shaped positively (excerpt from the model).

From the vatious donation options, we have decided to sponsor a group as well as an individual child. The support of the Rainbows group not only supports the children of this group, but also ensures quality assurance measures such as supervision and further training for employees.  A group consists of children of the same age and similarly affected children/ adolescents and meets a total of 14 times for 1,5 hours within six months. This achieves the most sustainable success possible.

You can find more information about the work of the association on its Website. 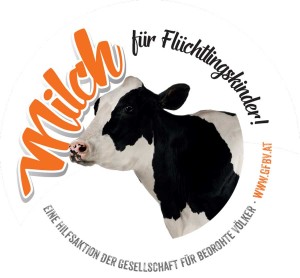 Also this year we have donated a four-digital amount for people who are not doing as well as we are here in Austria.

The decision was made in favor of the "Gesellschaft für bedrohte Völker" (Society for Threatened People) and their project milk for refugee children: They want to provide a herd of cows to the people who have fled from the Syrian war zone in the refugee camps around Syria (Turkey, Lebanon). Those affected are partly able to take care of themselves, take responsibility and regain a piece of their dignity. The association asked what those affected wanted and it came out that women and children in particular have a special wish: a cow!

For families, cows are not just food but also activity. You have to take care of the animal, therefor you get fresh milk every day. This is probably not an everyday request for a human rights organization but the GfbV has decided to use donations to finance some cows and also to create and organize the environment for them such as hay and a stable for the cattle. In cooperation with local farmers, they ensure that the know-how required for animal husbandry is available. For more information, see www.gfbv.at 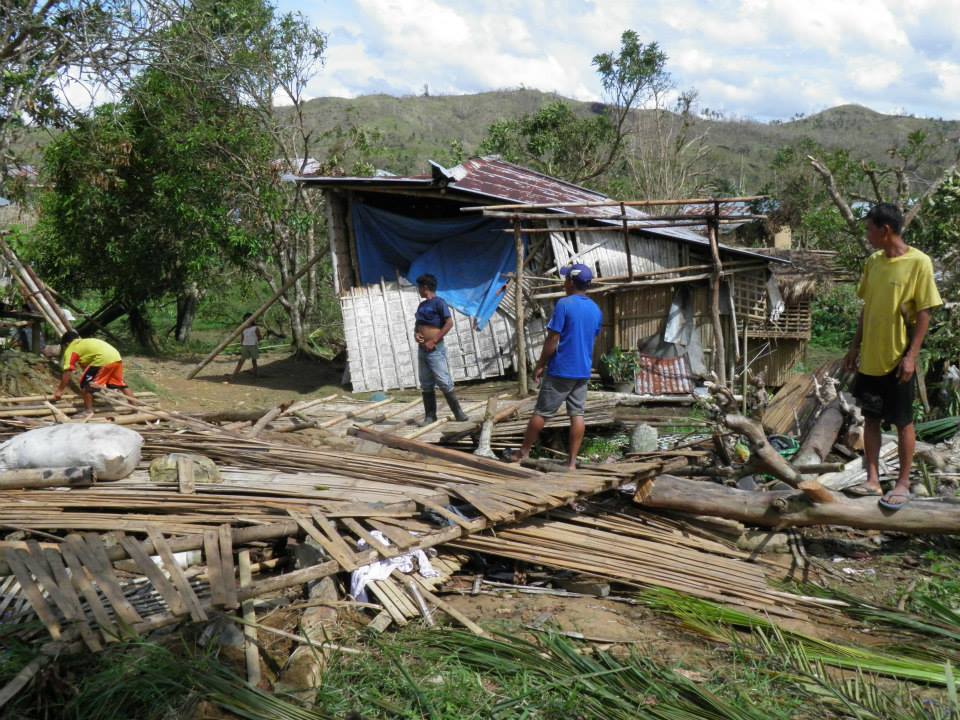 The Society for Threatened People (GfbV) Austria was founded on February 13th, 1985 as an association based in Vienna.  As an independent international human rights organization, the GfbV stands up for persecuted minorities and indigenous masses.

A call has recently been issued to help those people in the Philippines who lost their belongings in a typhoon a year ago and have now been hit again by a typhoon.

In order to support the Socity for Threatend People in Austria with,

⦁ and building materials for the construction of emergency shelters

to provide for the victims of the disaster, we have decided to donate a three-digit sum. 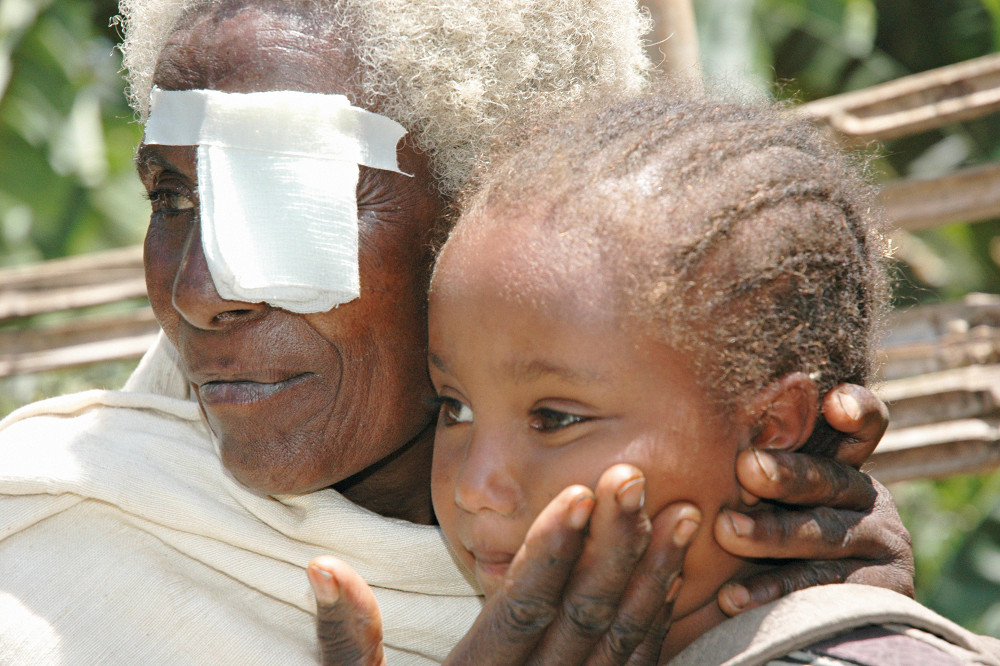 Christmas is just around the corner - a time when many are becoming aware of the privileges and happiness with which they have been blessed - a time that inspires the desire to share all of this with those in desperate need of our help. We have also decided to comply with this request and are donating a four-digit sum, as last in 2011, to LICHT FÜR DIE WELT.

⦁ Prevention and cure of blindness

⦁ Working for the rights of people with disabilities.

The projects of LICHT FÜR DIE WELT reached a total of 1.058.899  people in poor areas of our earth this year.

We would be happy if you or your company follow our example, because

⦁ with 30 euros you gibe blind people their eyesight and

⦁ with 25 euros you give an handicapped child a future. 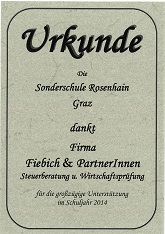 In the year 2014, as part of a project by the Austrian School Sports Aid we supported Rosenhain, a school for handicapped people in implementing the children's greatest wish for this year's school year - new therapy equipment. It is planned to purchase therapeutic accessories in class size such as pedalos, wawagos, parachute cloths, therapeutic hammocks and roller boards.

We hope that the children will enjoy the new equipment schulerosenhain.at 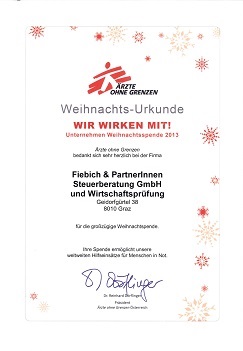 Also this year at Christmas we have decided to make a four-digit amount available for people in need. Due to the current typhoon catastrophe on the Philippines, we chose one of the first local aid organizations, Doctors without Borders.

Doctors without Borders is active in more than 70 countries, in over 400 aid missions around the world. With a donation you take an active part in the aid work for people in need and enable employees worldwide to bring help where it is urgently needed. Whether in natural disasters, armed conficts, famines or epidemics.

We would be happy if other companies follow our example.

Further information on the Christmas donation can be found at. 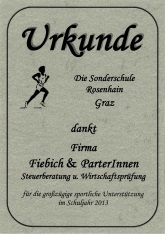 In the year 2014, as part of a project by the Austrian School Sports Aid we supported Rosenhain, a school for handicapped people in implementing the children's greatest wish - garden equipment. The plan is to purchase a child-safe play tower and a robust, stable slide for the outside area.

We hope the children have joy. schulerosenhain.at

Give eyesight for a birthday

"I often don't know what to give friends for their birthday. That is why I asked my guests for my 50th birthday, instead of buying a present for me to donate to the Austrian aid organization  ‚Licht für die Welt’“, explained Klaus Fiebich a business trustee from Graz.

Around 100 friends, relatives and employees will come to the Murinsel in Graz on Decemer 7th to celebrate Klaus Fiebich's birthday. They gratefully accepted his gift proposal and donated a total of 1.600 euros to ‚Licht für die Welt’. Klaus Fiebich rounds the amount up to 2.000 euros and is happy that ‚Licht für die Welt’  can now enable 66 eye-saving operations on cataracts. Because such an operation in a developing country costs an average of only 30 euros.

„I decided to donate to ‚Licht für die Welt’ for two reasons: On the one hand my colleagues and I are affected in a certain way: Many of us are short-sighted and it is very important to see clearly, when working with monitors, says the man from Graz. „And on the other hand I know the ophthalmologist Dr. Gerhard Schuhmann has been working for a long time as a volunteer board member for r ‚Licht für die Welt’. I therefore know firsthand that ‚Licht für die Welt’ enables very meaningful aid projects. For the birthday party, Dr. Gerhard Schuhmann unfortunately did not come because he was still on a project in Northeast India that day and trained local ophtalmologist there.

You can also find the article on: www.lichtfuerdiewelt.at 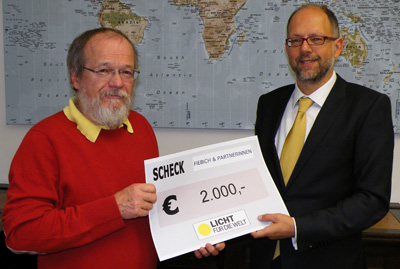 For years it has been important to us to provide financial supporrt to aid organizations. For this reason, we largely forego gifts to business partners and employees at Christmas. This year we decided to donate to the Styrian Children's Cancer Aid. This association supports affected parents in the treatment and care of their children with cancer.

For several years we have been supporting  various aid organizations or social institutions with a donation. By not sending Christmas cards or the usual attentions and gifts for business partners and employees, we are able to support committed organizations year after year. This year we decided to support the Foundation Children's Dream. This foundation is committed to fulfilling the greatest wishes of the heart for seriously ill and handicapped children in Austria. It helps unbureaucratically where the parents are denied the financial and organizational possibilities. This year we dedicate our donation to 8 year old David from Styria to buy a therapy dog, because David has suffered from spastic diplegia since he was born and is dependent on a wheelchair.

You can find more information on the internet on kindertraum.at May many dreams come true!

By converting our entire electricity supply to 100% green electricity from sustainable and environmentally friendly energy sources such as sun, wind, biogas and small hydropower, our law firm was able to make a not insigificant contribution to achieving the Kyoto target: Saving around 10 tons of Co2 in 2004!

Further information can be found on the OekostromAG website www.oekostrom.at

Also this yeaar, instead of Christmas cards and other usual gifts, we have made a lager amount available to the campaign Licht für die Welt (formerly Christoffel Blindenmission). With this amount, around 700 children in Ethiopia and other poor areas of the world can be saved from permanent blindness by the aid organization or 30 people can regain their eyesight through an operation.

With this charity event, the SV-Weinitzen supported the youth player Klaus H. suffering from cancer. As the highlight of this event, a GAK dress with the signatures of all GAK players and coaches was auctioned.

In the "Vinzenzgemeinschaft" more than 200 volunteers contribute a lot of time and commitment to provide help where it is most needed. We were able to support this initiative by buying CDs instead of the usual presentation and Christmas gifts for our business partners and employees. bringen über 200 ehrenamtliche Mitarbeiter viel Zeit und Engagement ein, um Hilfe zu leisten, wo sie am notwendigsten gebraucht wird. Durch den Kauf von CDs an Stelle sonst üblicher Repräsentations- und Weihnachtsgesschenke für unsere Geschäftspartner und MitarbeiterInnen konnten wir diese Initiative unterstützen.

In anticipation of what we believe to be an urgently needed ecological tax reform, we decided to supply our law firm in Graz 2003 with 100% green electricity from sustainable and environmentally friendly energy sources such as sun, wind, biogas and small hydropower.

No Christmas cards and the waiver of the usual gifts - the amount saved was donated to the Christoffel mission for blinds. With this amount, around 700 children in Ethiopia and other poor areas of the world can be saved from permanent blindness by the aid organization or 30 people can regain their sight through an operation.

The football team SV Weinitzen got new training suits at the start of the spring championship. The advertising slogan ...coaching your company was used for the first time.